How a door became a desk, and a symbol of Amazon

Today, Amazon offices around the world are filled with door desks, based on Bezos’ early design.
By Neal Karlinsky
,Jordan Stead

It was the summer of 1995, back when Jeff Bezos could count his Amazon employees on one hand and those few employees needed desks. Bezos’ friend and employee number five, Nico Lovejoy, says Bezos himself found a scrappy, cost effective solution right outside their doors.

Build your own Amazon door desk

“We happened to be across the street from a Home Depot,” said Lovejoy. “He looked at desks for sale and looked at doors for sale, and the doors were a lot cheaper, so he decided to buy a door and put some legs on it.”

With that, the Amazon “door desk” was born. What neither of them knew at the time was that the scrappy, do-it-yourself desk would turn into one of Amazon’s most distinctive bits of culture. More than 20 years later, thousands of Amazon employees worldwide still work each day on modern versions of those original door desks.

“We built door desks because it was the cheapest way we could support a desk,” said Lovejoy. “A lot of the things that we do are scrappy by nature. So long as the scrappy solution works.”

A year later, Joe Kearney joined Amazon and quickly found himself building and working on the makeshift desks. “They would shake, they would rattle, you would have to use cardboard underlays to even them up so they wouldn't shake so much,” he said.

Lovejoy says back then, all of Amazon ran on a pair of computer servers affectionately named Bert and Ernie. The servers sat atop door desks built by Bezos, which Lovejoy described as “pretty wobbly.”

“I went out and replaced the hardware on the desks Bezos built,” Lovejoy said. “You would never want to hire Jeff Bezos as a carpenter. He's much better at other things. I think he'd tell you the same thing.”

I think it represents ingenuity, creativity and peculiarity, and the willingness to go your own path.

As Amazon grew, a decision was made to keep using door desks as a symbol of one of the company’s core values, frugality. Today, a version of the desk has even become a makeshift trophy. Amazon recognizes well-built ideas that help deliver low prices to customers with a Door Desk Award. For Lovejoy, it also represents “ingenuity, creativity and peculiarity, and the willingness to go your own path.”

Kearney keeps two of the original doors desks he built in the 1990s. He’s cut one of them up and turned it into child-sized door desks for his kids.

“I’m passing it on. They cherish it. They understand. They know that this is Amazon history and part of the Amazon culture,” he said. “I think it's really cool.”

Amazon StoriesEmployeesBe peculiarWorking at Amazon
How did you like this story?
Yawn
It's OK
Its good
It's great
I love it!
5 Ratings
Thanks!
Empowering small businesses

We have four core principles that guide us in delivering on our mission. These include customer obsession rather than competitor focus, nurturing a passion for invention, maintaining a commitment to operational excellence, and a focus on long-term thinking.
Continue reading
Shopping

Today we’ve launched our 2018 Trends Report, in which we look back at some of the highlights from our first year in Australia, what Aussies have loved, and some of the trends that have taken the country by storm.
Continue reading
X
Out for Delivery
Thank you!
Please try again
Quick news and rich insights from inside Amazon, delivered directly to your inbox every few weeks.
Check your inbox shortly for your very first Out for Delivery email. We’ll reach out every few weeks with more.
If you’re not redirected back to the blog in a few seconds, click here.
Looks like we had some trouble authenticating your entry. Let’s try again...
Privacy Policy | Opt out anytime
Return to video player ➡ 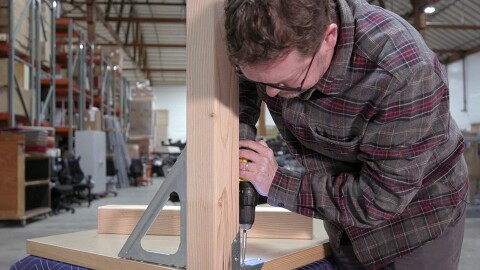